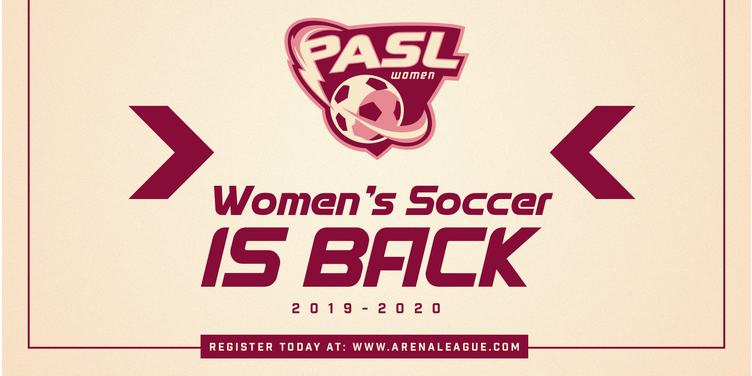 The Premier Arena Soccer League (PASL) today announced the first grouping of teams in its new women’s league. Eight teams have already committed to join in the Great Lakes region. The PASL previously announced a relaunch of its women’s division. The league will be divided into eight regions around the country: Northwest, Southwest, Rocky Mountains, South Central, Midwest, Great Lakes, Northeast and the Southeast. Each region could have multiple divisions within a region depending on how many teams register.

“We wanted to kick off our formal announcement with enough teams to form a division, so everyone knows the league is viable and happening,” states PASL Commissioner Kevin Milliken. “We thought the Great Lakes Region was the place to start, because of the success we had at the PASL Nationals last March in Cincinnati.”

“We are very excited to work with the PASL,” said Montano, “and we’re in the process of bringing possibly 6-10 more teams into the league.”

“This is already the biggest representation of women we’ve had in the 20 years of the PASL and this is only the beginning,” said Milliken.

It’s not too late to join the Great Lakes Region, or any of the other seven regions for the 2019-20 season. The registration deadline for the PASL is September 30th, and the league is looking to have at least one division of women in each region. The PASL will kickoff their 2019-20 season the weekend of December 6th.

About the PASL: The PASL was founded in 1998, and operated its first full season in 1999. Now celebrating 20 years as the country’s largest amateur arena soccer league, the PASL is now a member of the American Association of Soccer 5-6-7, a national association dedicated to the growth of 5, 6, 7-a-side, and arena soccer, and is part of the World MiniFootball Federation (WMF).