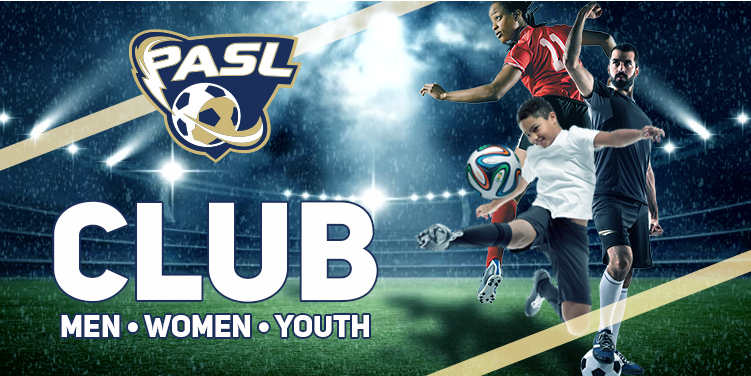 The PASL the past five seasons has been almost exclusively a men's national amateur arena soccer league. Now with its new investor group adding resources, the PASL is expanding and offering women's and youth leagues.

"We realized, when we met with PASL founder Kevin Milliken to form our new partnership group, that we needed to create a sustainable structure for the league, teams, and host facilities to be successful. The question was how do we increase services while keeping the PASL at an affordable cost structure, and create a foundation where clubs and host facilities could also generate revenue. Our solution is PASL Club," states PASL President Dr. Severko Hrywnak.

PASL CLUB will allow clubs to register their teams for just under $200 per team if organizations choose the gold PASL CLUB option and register a men's, women's, and eight youth teams. The youth is divided into boys and girls and offers divisions in U11, U13, U15, and U19 for each gender. The PASL also has a silver PASL CLUB option for just the men's and women's division that will offer a $200 savings from the individual team registration fees. Organizations can still register a traditional single team in men's, women's, or any of the youth divisions without creating a club.

The PASL operated its first full season in 1999 as a national amateur arena soccer league. In 2008 the PASL created the Professional Arena Soccer League, which evolved into the MASL in 2014, and the US National Arena Soccer Team, which now is a part of the American Association of Soccer 5-6-7. "My vision in 2008 was to have a complete structure for arena soccer. Now with our new partnership group we will complete that vision with our traditional PASL that began in 1999, a women's league, and youth leagues, all part of a National Federation. This new structure will also provide an opportunity for any professional league to partner with us, and not have to work around the different types of liability insurance and workers comp. issues between professional and amateur leagues," states PASL commissioner Kevin Milliken.

About the PASL: The PASL was founded in 1998, and operated its first full season in 1999. Now completing its 20th year the PASL is a member of the American Association of Soccer 5-6-7, a national association dedicated to the growth of arena soccer, and 5, 6, and 7-a-side soccer, and is part of the World MiniFootball Federation (WMF).