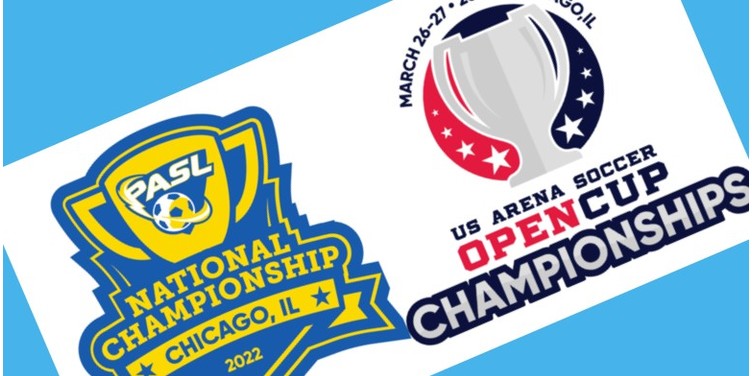 The Sirens won the championship in 2019 and 2020, but didn't participate in 2021 due to COVID restrictions. After losing to the Chicago Mustangs in the preliminary rounds, Cincinnati bounced back to beat the Mustangs 3-1 in the final. Christy Zwolski, Kate Drummond and Brigit Reder all made the all PASL All-Nationals team.

"This was a big winter for us with over 80 players in our Sirens winter academy for high school players, our first academy team in the PASL, and now a third national championship," says Sirens technical director Craig Rhodis. "And this was after we had five players on the USA team that won the Minifootball World Cup in the Ukraine this past August. Our staff has worked really hard to provide the highest level of training, competition, and opportunities for our Sirens players"

"The Sirens have become the level which all of our PASL women's teams strive for," said PASL Commissioner Kevin Milliken. "Their success drives our other teams to be better, and motivates new teams to join the PASL. That was evident this year when there were three or four teams with a legitimate chance to win the championship this year."

On the men's side, Metro Louisville repeated as PASL champions, but this year also added a US Open Arena Soccer Championship title. Luis Rodriguez, Ismael Rojo, and Diego Reynoso made the PASL All-Nationals team. Louisville beat Wichita Selection in the PASL final in a shootout before capturing the US Open cup championship in a 4-0 victory over the State Line Falcons.

"Metro Louisville is a very talented team with some experienced players, and it showed throughout the tournament. Adding the US Open this year added another level of competition, and we look forward to continued growth in both the PASL and US Open competitions next year." says Milliken.